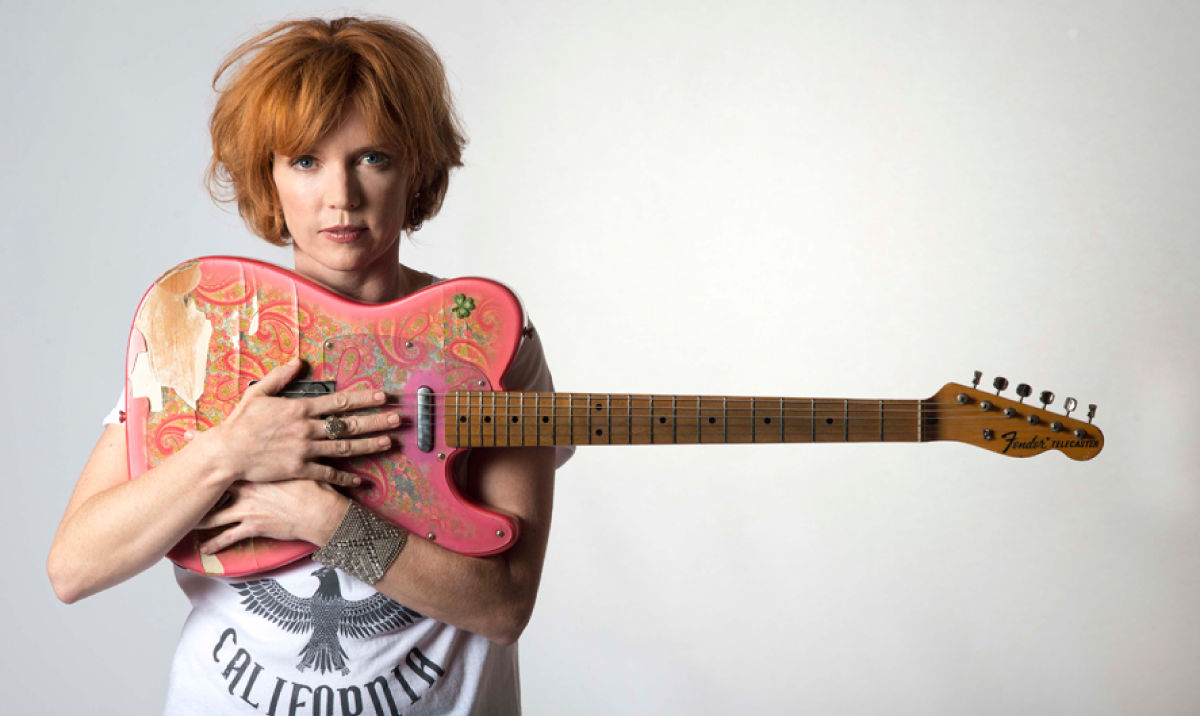 Sue Foley is a multi-award-winning musician and of the one of the finest blues and roots artists working today. She is a veritable triple-threat of musical talent as a guitarist, songwriter and vocalist. As with many blues women of the past, Foley has a long history of defying convention, and being a positive role model for aspiring, young female musicians.

The Canadian has been working professionally since the age of 16, and by the age of 21, Foley had relocated to Austin, TX and began recording for Antone’s—the esteemed blues label and historic nightclub that helped launch the career of Stevie Ray Vaughan and many others. In the two decades that have followed, Sue Foley has been busy touring and recording steadily, all while toting her signature pink paisley Fender Telecaster. In 2001, she won the prestigious Juno Award (Canadian equivalent of the Grammy) and also holds the record for the most Maple Blues Awards and has earned three Trophees de Blues de France. She has also garnered several nominations at the Blues Music Awards in Memphis, TN.

With 11 recordings under her own name, an instructional DVD and book, as well as various compilations and projects, Foley is set to release her new album, The Ice Queen (March 2, 2018) on Stony Plain Records. “I’m extremely excited to be working with Holger Petersen and Stony Plain Records. Holger is one of the most knowledgeable “real music” people in the business”, says Foley. “Stony Plain is known to put out great music and I know The Ice Queen has found her home.”

Recorded throughout 2017, The Ice Queen represents Foley’s full circle journey – her return to the roots of her career in Austin with producer Mike Flanigin. The album was recorded with her long-time friends and collaborators Jimmie Vaughan and Billy F Gibbons (ZZ Top) as well Chris ‘Whipper’ Layton from Double Trouble, Charlie Sexton, and members of the Tedeschi Trucks and Gary Clark Jr bands.

“When I was a teenager I idolized Jimmie Vaughan and Billy F Gibbons,” Foley says. “They’re both legends now so this feels like an historical event (at least it does for me). And I grew up sitting at the feet of players like George ‘Big Beat’ Rains, Derek O’Brien and The Texas Horns. I spent many nights watching Charlie Sexton and the Arc Angels with Chris Layton. I learned and grew more musically in my years in Austin than at any point in my life. The fact that all these mega talented musicians have graced my album is beyond anything I hoped for. I am still pinching myself.”

A flood of inspiration and themes can be found on each of the tracks – ranging from lost love, anguish, and struggle to release, forgiveness and rebirth. Mostly recorded live-off-the-floor, Foley’s emotional vocal delivery, conviction, accessible yet inspired lyrics and intrepid guitar playing are all laid out, bare and raw for the songs to reveal.

Opening with the radio friendly and funky “Come to Me”, The Ice Queen also features upbeat and rollicking tracks “Run”, “The Lucky ones” (a duet with Jimmie Vaughan) and “Gaslight”. There are several bluesy and soulful tracks including “81”, “The Ice Queen”, “Fool’s Gold” (featuring Billy F Gibbons on vocals and harmonica)”, “If I Have Forsaken You”, and a cheeky, guitar-heavy cover of Bessie Smith’s “Send Me To The ‘Lectric Chair”. Foley also provides some more mellow and unexpected songs on The Ice Queen with the jazzy “Death of a Dream”, the flamenco-blues hybrid “The Dance” and a beautiful cover of the Carter Family’s “Cannonball Blues”.

The Ice Queen represents Sue Foley’s indefatigable commitment to her craft, and her transparency with the journey that birthed her, further proving that

you can’t keep a good blueswoman down, particularly when she is The Ice Queen.