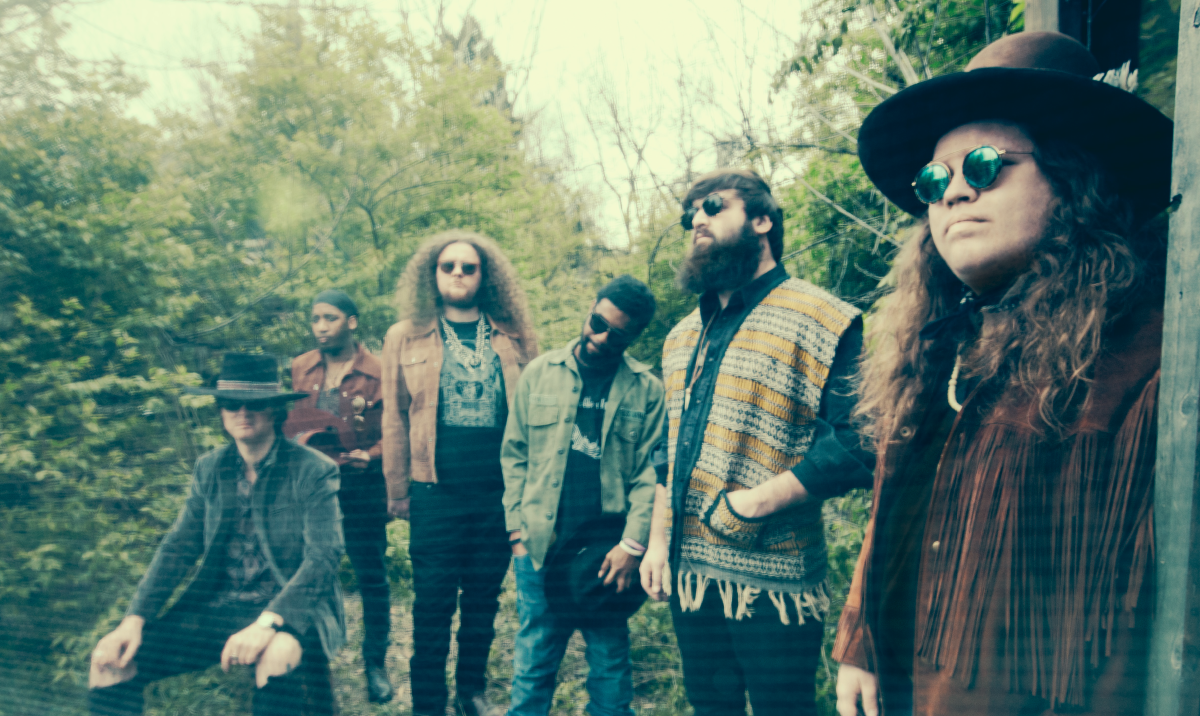 “Forgive me for I have sinned,” Marcus King implores, on the gorgeous, contemplative “Confessions,” an essential track from The Marcus King Band’s third full-length album, Carolina Confessions. “The pain that I put you through is killing me inside/Thought if I could make you leave/Then you would see/I ain’t worth a damn anyway.” This highly revealing moment from the multi-talented, confident 22-year old artist gets to the heart of the album’s fundamental themes, guilt and the quest for absolution.

Carolina Confessions is confirmation of a preternaturally mature artist coming into his own; it’s a sprawling, scintillating work that affirms King as one of today’s most engaging, singular songwriters. He may be young, but King’s eloquent songs, expressive guitar playing, and ecstatically soulful singing mark this gifted, thoughtful young prodigy as a force to be reckoned with.

King has been writing songs, performing onstage for half his lifetime and fronting his own groups for nearly a decade. Since he was a teenager, he’s been trading licks with famous fans and mentors Warren Haynes and Derek Trucks whenever their paths have crossed. Haynes was so blown away by the then-19-year-old’s artistic precocity that he signed King to his Evil Teen label, released the band’s debut album, Soul Insight, in 2015 and produced the band’s self-titled follow-up a year later.

“We immediately hit it off with Dave because of the way he works,” says King. “There’s six of us, and we have our own arbitration process; he was really understanding of the fact that this is a band. His production style is not so hands-on, and we’d all seen what a good producer does—and more importantly what he doesn’t do—from working with Warren on the last record. We went into the studio straight off the road, and I didn’t have an opportunity to even send a cellphone recording of the songs that I’d finished. So, we made it a point to start with those songs and build them from the ground up. That kept it very fresh.”

King penned all the material himself, except the swaggering “How Long,” which he co-wrote with the Black Keys’ Dan Auerbach and veteran songsmith Pat McLaughlin. “Every tune on this record is based around a central theme, which is that none of us are blameless at the end of a relationship,” King points out. “Basically, Carolina Confessions is about me leaving my home town, explaining why I would do that, and why I felt like it was taken from me—just sharing in some of the blame of why a relationship didn’t work.”

Separation, from loved ones or one’s dreams, is another strand running throughout the new album. “Hear the sound of my highway/I get stoned as I pray/Think I’ll just fade away / who’s gonna care?”, he sings on “Where I’m Headed.” But the downcast lyric is belied by the uplift of the music, which conjures the ache of loss and the comfort of family. In the lilting “Homesick,” the song’s narrator has turned his car around and can hardly wait for his odyssey to be over: “So damn tired of this ride/Turn the headlights off let the moonlight guide/Lord it’s gonna guide me back home.”

“Welcome ’Round Here,” which opens with a mournful slide guitar before the band slams the track into overdrive, was triggered by the Trump travel ban, instituted right after the election. “It really pissed me off,” says King, “and that was the immediate inspiration. But then I started thinking about the kids who leave their homes in the South, because there’s a lot of intolerance—family members who don’t accept their own children, what they want to be in their lives and who they really are. That’s what this song is really about, so I wanted to give it the flavor of the mountains, of home.” In the lyric, an elder dismissively demands, “Let me live my life/Way that I was raised/Boy I recommend you do the same.”

Some tracks were massaged into shape through an incremental process of trial and error, including the essential album closer “Goodbye Carolina.”  King recalls, “I’d written it about a really dear friend of mine who had committed suicide, so there’s a deeper meaning, and I realized the happy-sounding major key vibe of the verses weren’t working. So, the next day I explained that to Dave, and then I went back out and recut the verses myself, and we gained that melancholy vibe I was searching for.

The album’s cover image—a photograph of a ramshackle confessional, with its screen door swung open, sitting surreally amid the kudzu—is suffused with Southern Gothic mystery, straddling redemption and damnation. It’s a striking visual metaphor for the spiritual struggle so vividly portrayed in the songs of Carolina Confessions.  “My mother was Catholic, and my grandmother on my mother’s side was Catholic,” says King. “I wasn’t raised Catholic, but the idea of confessing your sins was always really powerful to me.”

King is a Blue Ridge Mountain boy, born and raised in Greenville, South Carolina. A fourth-generation musician, he traces his lineage back to his fiddle-playing great grandfather, while his grandfather was a fiddler and guitarist. His dad is Marvin King, is a singer/guitarist who has toured nationally since the ‘70’s with various artists as well as his own group, Marvin King and Blue Revival.

There’s a deeply felt sense of familial responsibility. “I guess to some degree it does feel like I’m carrying a torch and trying to rekindle some of that flame and that energy that my grandfather had and my father also has. My father is still my favorite guitar player and my biggest influence, but also my biggest supporter. So, more than anything, I’m trying to make him proud.” It’s fitting that his primary guitar on the album is a ’62 Gibson 345 that belonged to his granddad. “My grandfather’s light shined so bright through his eyes; he was just so happy to play,” Marcus recalls.

Marcus King doesn’t strive for authenticity, he never had to—it’s busting out of his DNA in every note he plays and every word he sings. This focused, firmly rooted artist isn’t just perpetuating the proud legacy of American rock and soul music; with the musically enthralling, deeply personal, Carolina Confessions, he and his great band are adding their own eloquent chapter to that rich narrative.

FOR IMMEDIATE RELEASE – August 22nd, 2018 – The Marcus King Band have already given fans reason to believe they are destined for great things.  At 22 years of age, Marcus King has been a bandleader for a decade and tipped as “music’s next great guitarist” by the Washington Post.  But the band’s daring, ambitious new album, Carolina Confessions, marks an artistic leap of another order.  Set for release on October 5th, 2018 on Fantasy Records, the album was produced and mixed by Grammy Award-winner Dave Cobb (Chris Stapleton, Sturgill Simpson, Jason Isbell) and recorded at Nashville’s iconic RCA Studio A.  And it finds the band’s trademark musicianship buoyed by a new narrative depth, as Marcus delves into heavy themes: absolution, guilt, leaving home, yearning, love and other affairs of the soul.

The band have shared two new tracks from the album via NPR Music. Listen to lead single “Homesick” and “Welcome ‘Round Here” plus read Marcus’ feature interview with World Café’s Bruce Warren HERE.

Carolina Confessions features 10 brand-new songs, all written by Marcus except for “How Long,” which was co-written with the Black Keys’ Dan Auerbach and veteran songwriter Pat McLaughlin.  Whether it’s the searing rock exorcism of “Confessions” or the propulsive road-bound soul of “Where I’m Headed,” Marcus exhibits an almost Southern gothic sensibility in his songs, owning up to failed relationships, portraying his complex connection with his hometown, arraying a sprawling musical firmament in the process.

The Marcus King Band makes their late night debut on CONAN on August 28th. Coinciding with the release of Carolina Confessions, this fall will also see the return of the band’s own Marcus King Band Family Reunion Festival on October 5th-6th in Black Mountain, NC.  Special guests at the Family Reunion will include the Revivalists, Nikki Lane, Carl Broemel (My Morning Jacket), Chuck Leavell (Allman Brothers, Rolling Stones) and others.  Later in the fall, The Marcus King Band will embark on a worldwide headlining tour; see below for a complete list of upcoming dates.